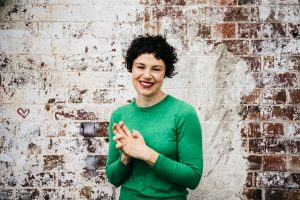 I’m Josie Dietrich. At 35 I was desexed.

Shorthand piece written by author Josepha Dietrich for UQ Small Change: it all adds up. 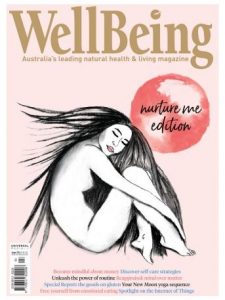 IN DANGER: A MEMOIR OF FAMILY AND HOPE, JOSEPHA DIETRICH, UNIVERSITY PRESS

Josie Dietrich was familiar with the oncology unit, having supported her mother through breast cancer. But when she received her own cancer diagnosis, many things were unfamiliar. Dietrich was attuned to looking after others (including her special-needs son) but wasn’t accustomed to being the patient – and then the survivor. This powerful memoir is an exploration into life with breast cancer before, during and after treatment. It’s a story about mothering, resilience and the power of community or, in Dietrich’s words, “guardian angels”. Even if breast cancer hasn’t touched you or a loved one personally, there’s a lot to be gained from reading this book. AM. 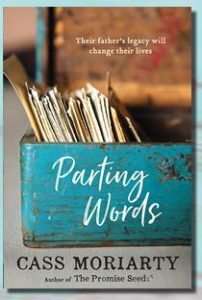 Cass Moriarty’s review of In Danger.

In Danger: A Memoir of Family and Hope (UQP 2018) is confronting right from the cover – an arresting image of the author, Josie Dietrich, proudly exhibiting her post-cancer body, as a warrior might display her battle scars. Arrows point to her portacath site, and to her belly after a hysterectomy and oophorectomy. A strategically-placed title covers the site of her bilateral mastectomy and reconstruction. This is a woman who has faced a physical and emotional ordeal; a survivor who decided to tackle cancer head-on and to fight it with every weapon available to her. And now, nine years on and cancer-free, Dietrich is a woman determined to tell her story to encourage others who are coping with similar trauma.

But this is not only a story about breast cancer survival, it is also a tale of parental love and sacrifice, of intergenerational memory, and of love. Dietrich’s mother was diagnosed with breast cancer when the author was only 21, perhaps too young to fully comprehend or analyse the treatment options her mother decided upon. After her mother’s death, when faced with her own diagnosis, Dietrich revisited her mother’s cancer journey as she formulated her own plan of attack. Her illness was complicated by the fact that when she was diagnosed, her high-needs son was only nine months old (and she was still recovering from a traumatic birth). Later assessed as autistic, her son played a pivotal role in her recovery – his very existence complicating her recuperation while also being a fundamental reason for her to heal herself. He needed her, and she needed him.

The book chronicles Dietrich’s road to wellness, with her partner and young son beside her every step of the way. Her mother had sought alternatives to conventional medicine, but Dietrich quickly realised that wasn’t going to be her choice. She researched every aspect of the disease and explored how best to treat it. She says her mother’s death saved her – because it forced her to consider other options. Through the language of chemotherapy and lumpectomy, reconstruction and early menopause, hormonal fluctuations and areola tattooing, Dietrich gives us a frank and open dissection of what it means to hear those words ‘you have cancer’, and all that follows. What happens when I fear my own body is turning against me? How much invasive treatment can I cope with? What if the treatment is worse than the disease? How do I carry on living while I’m frightened of dying? Are some decisions more selfish – or selfless – in regards to my own body, and how do I reconcile these with my loved ones? What does the removal of my female organs mean to my sense of myself as a woman? How do I rate my grief over infertility or changed sexuality? How do I cope when my body, my sense of self, my relationships with those I love, when all of these things are in danger?

Combining meticulous technical information and interrogative emotional insight, In Danger is a must-read for those wanting a greater understanding of what cancer means, what it doesn’t mean, and how to go about living with it whilst still maintaining hope and optimism. And while I was going to particularly recommend this book for women, I think actually I would also specifically recommend it to men who have a partner, wife, sister, mother or daughter with breast cancer, as a handbook on how to provide essential support. 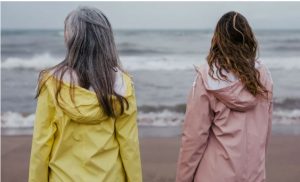 New research which has dramatically expanded the number of known risk factors for breast cancer is set to pave the way for earlier screening and better drugs for those in the disease’s firing line.

The world’s biggest genetic study of the illness has uncovered 72 new variants that put women at higher danger and could allow screening for women with family histories of breast cancer in their 20s or 30s. Revealed this morning in two Nature journals, the study casts new light on family risk factors for breast cancer and provides insight into how genetic variations, which pose little danger on their own, can combine to increase the risk of contracting breast cancer.

The international effort involved 550 researchers from about 300 institutions including six universities, five hospitals, a charity and two medical research institutes in Australia. Collectively they analysed data from 275,000 women, more than half of whom were diagnosed with breast cancer.

While mutations in well-studied genes like BRCA1 and BRCA2 boost the probability of contracting the disease, more than 100 less consequential variants — which pose little danger individually, but considerable risk collectively — had already been implicated. The new study raises that number to about 180, explaining a further 18 per cent of the “familial relative risk” for breast cancer.

Co-lead author Georgia Chenevix-Trench, of the QIMR Berghofer Medical Research Institute in Brisbane, said tests for the markers could highlight women who warranted early mammograms or MRIs. The insights could be particularly helpful in determining whether and when women at high risk, because of BRCA mutations, should have preventive surgery. The “genotyping” tests would measure several hundred variants, as opposed to full genome sequencing which is far more expensive. Professor Chenevix-Trench said such tests were already being used in research, and could be clinically available in a few years.

Brisbane author Josie Dietrich said such tests “would have saved me a great deal of suffering. I would have had a chance of having a second child.” Diagnosed with a “very aggressive” cancer at 35, she had a double mastectomy, a full hysterectomy and chemotherapy. Eight years later she still takes drugs that could cause osteoporosis, necessitating infusions twice a year to keep her bones strong.

The treatment and its effects are like a “chronic disease”, even though she is now clear of cancer. “I’ve gone through the menopause from hell, and I’m only 43. A geneticist said I had what’s called an unspecified inherited cluster, which means there are all these reasons I got cancer — but no one really knows why.”

Professor Chenevix-Trench said the findings could guide development of new drugs. While most of the suspect variants were found in “non-coding” parts of the genome — stretches of genetic material that do not generate proteins, long dismissed as “junk DNA” — they could help pinpoint proteins to be targeted. 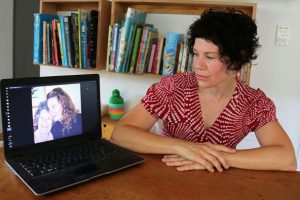